Over 30 Years of Steadfast Service

With headquarters just outside of Baltimore, Maryland Event Tech has an established infrastructure and full-time staff positioned and ready to handle just about any production needs, local or otherwise. And our close network of associate companies enables us to acquire any equipment, resources or accessories not readily on-hand. 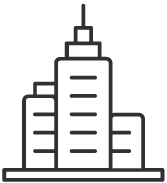 It started in the basement. Eric Maynard, as a 15 year old, improvised pyrotechnics for his older brother's cover band, M Street. Why? Because it was cool! Since you can't set off explosives everywhere, he eventually bought 6 PAR cans and that was the first light show. Eric's dad would drive him to gigs in the family's Oldsmobile - trunk full of gear, stands wedged in the front.
Eric's interests quickly expanded into sound systems leading to the original company name, Audio Assault Systems. Incorporated in 1986 just in time to cash the company's first check, Event Tech continued to operate out of the Maynard's basement and, eventually, the garage until 1993. To give his parents their house back, Eric and the equipment both moved into a commercial space in 1993 on New Ridge Road in Hanover, MD.
By 2009, the warehouse was bursting at the seams, so we moved to our current headquarters on Brandon Woods Boulevard.
In 2014, we really overhauled things: from our staff to our software, all aspects of Event Tech were proactively improved, while we sought out the best ways to connect with our customers. The result is a finely-tuned experience, one that enables us to deliver seamless, problem-solving ideas and implementations for you, time and again.

Do you want to join an industry-leading event specialist company, at which no day is ever the same? Event Tech has full and part-time career opportunities available.